Hampi is a city of ruins that reminds of a grand historic period. Hampi has been classified as a UNESCO World Heritage Site. It has been closed since the beginning of the lockdown.

The Karnataka state government has announced last week that from today (6th July 2020) Hampi will open for the tourists. This opening will be with all the safety measures. Tourists will have to follow safety protocols and no group photographs will be allowed. The light and sound show that was one of the attractions will remain shut down until further notice.

Many safety regulations will be required to be followed both by the site officials and the visiting tourists. Only visitors coming from ‘non-containment’ zones will be allowed to enter the site. Also, food will not be allowed inside the site premises. Only bottled water will be allowed.

Some of the monuments of Hampi are in a very vulnerable state, so these parts containing these monuments will be closed off to the public. The Archaeological Society of India has taken a decision to restrict access to these sensitive monuments.

Also, the total number of tourists will be restricted as well. Currently, international tourism is still suspended and only domestic tourists would be expected from different parts of India. The safety guidelines will be reviewed regularly along with the tracking of the COVID numbers in Karnataka.

The following YouTube video from channel ‘Beer&Lime’ shows various activities one can indulge in while visiting Hampi. 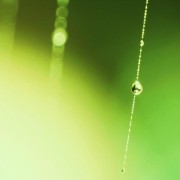 The Taj Mahal finally reopens with safety measures in place

From Tokyo to Kochi: This is why three Keralites pedalled all the way